With another double win under his belt, TJ edges closer to keeping PSBK crown 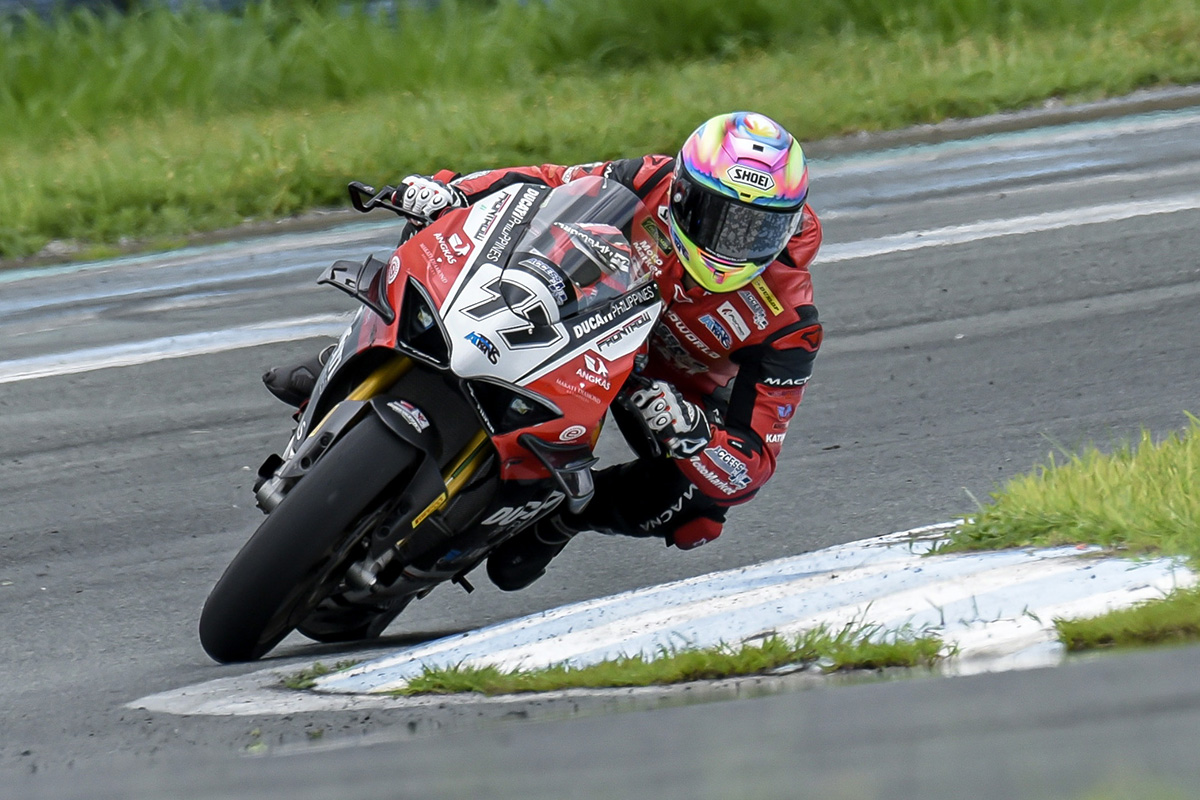 TJ Alberto moved one step closer to retaining the Philippine Superbike crown following a hard-fought double win in the latest round of the series at the Clark International Speedway.

Qualifying on the front row of the grid, TJ was able to secure the win on Saturday and Sunday by the narrowest of margins aboard his Access Plus Ducati V4 Panigale, to edge further into the lead of the series.

TJ Alberto:
“I qualified third in the wet. We didn’t have the best setting and the conditions were far from ideal, but I rode the best I could, and we secured the front row. I made a great start in Race 1, possibly the best launch of my life and I was able to lead into turn one. The bike was working really well. I wasn’t sure how hard to push as it was drizzling and when you are in the lead in those conditions it can be hard to judge. I didn’t want to crash but I was able to snatch the win by a few tenths. Race 2 I started from Pole after winning earlier in the day and I was able to lead for the first half of the race until I was overtaken at Turn 10. I didn’t panic and a few laps later I retook the lead and was able to open a small gap to take the double win. Our next race is at Batangas where we have had successes before, and we go there with a nineteen-point lead, but anything can happen in racing.”

There are two rounds and four races remaining but with a 1.5 points multiplier applied within the series TJ cannot afford to make a mistake. He continues to thank his sponsors for their loyal support as he moves into the most critical part of the 2022 season.