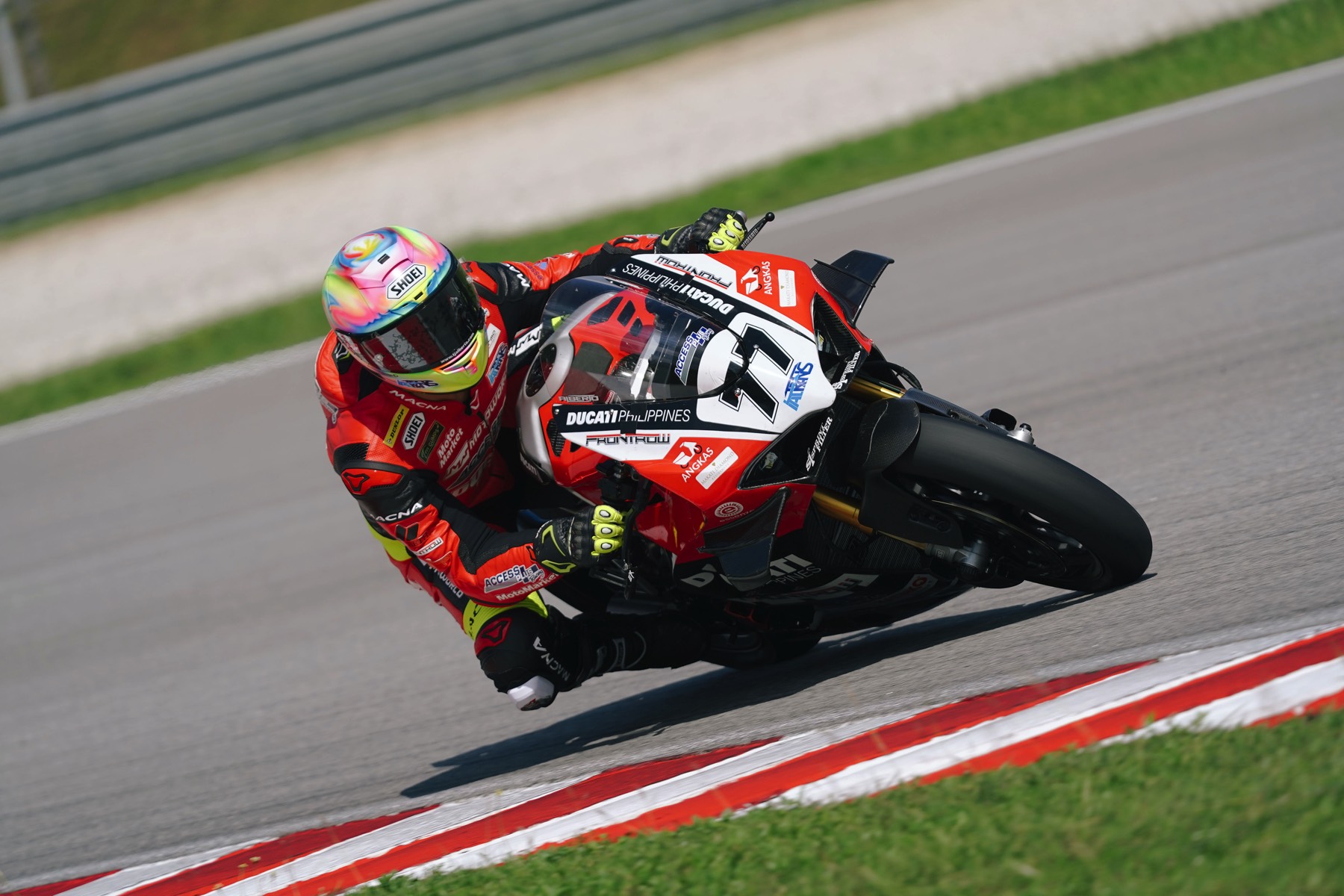 The level of competition in this year’s Philippine Superbike Championship (PSBK) is one of the highest in recent history. This has really put Access Plus Racing to the test as the team has had to fight for every single race victory and podium finish in 2022. But as the championship heads into the second half of the season, Timothy Joseph “TJ” Alberto shifts his focus on winning his class title.

TJ has won 4 out of the 6 races so far and finished no lower than 2nd. While he holds onto a 13 points lead in the overall standings, all those podium finishes didn’t come easy. He had to nurse a shoulder injury during the season opener at Clark International Speedway (CIS) and endured the pain just to maintain 1st place.

Then a tire issue at the Batangas Racing Circuit (BRC) nearly caused him to lose control of his #77 Ducati Panigale V4 back in July, which could have ended badly if he wasn’t able to regain control. Going from bad to worse, TJ would suffer a horrific crash a month later in practice leading up to Round 3. While it left his bike in pieces, his fighting spirit pushed to a race win and a podium that weekend.

Practice and Qualifying will be held on Saturday at the Clark International Speedway, followed by Race 1 and Race 2 on Sunday.

TJ Alberto, #77:
“We were out testing last week with the team and were able to improve the bike further. I can say that I’m now on the same level of confidence as I was in 2021 when we were consistently winning races. So I’m excited to go back to Clark as I really like the track and we have a good win record here. Last time we were out on track we were able to extend our points lead quite a lot. Now we’re heading into the second half of the season with a 13 points advantage in the overall championship. It’s not a huge gap yet, but we’re making steady progress every race and looking forward to win this weekend.”