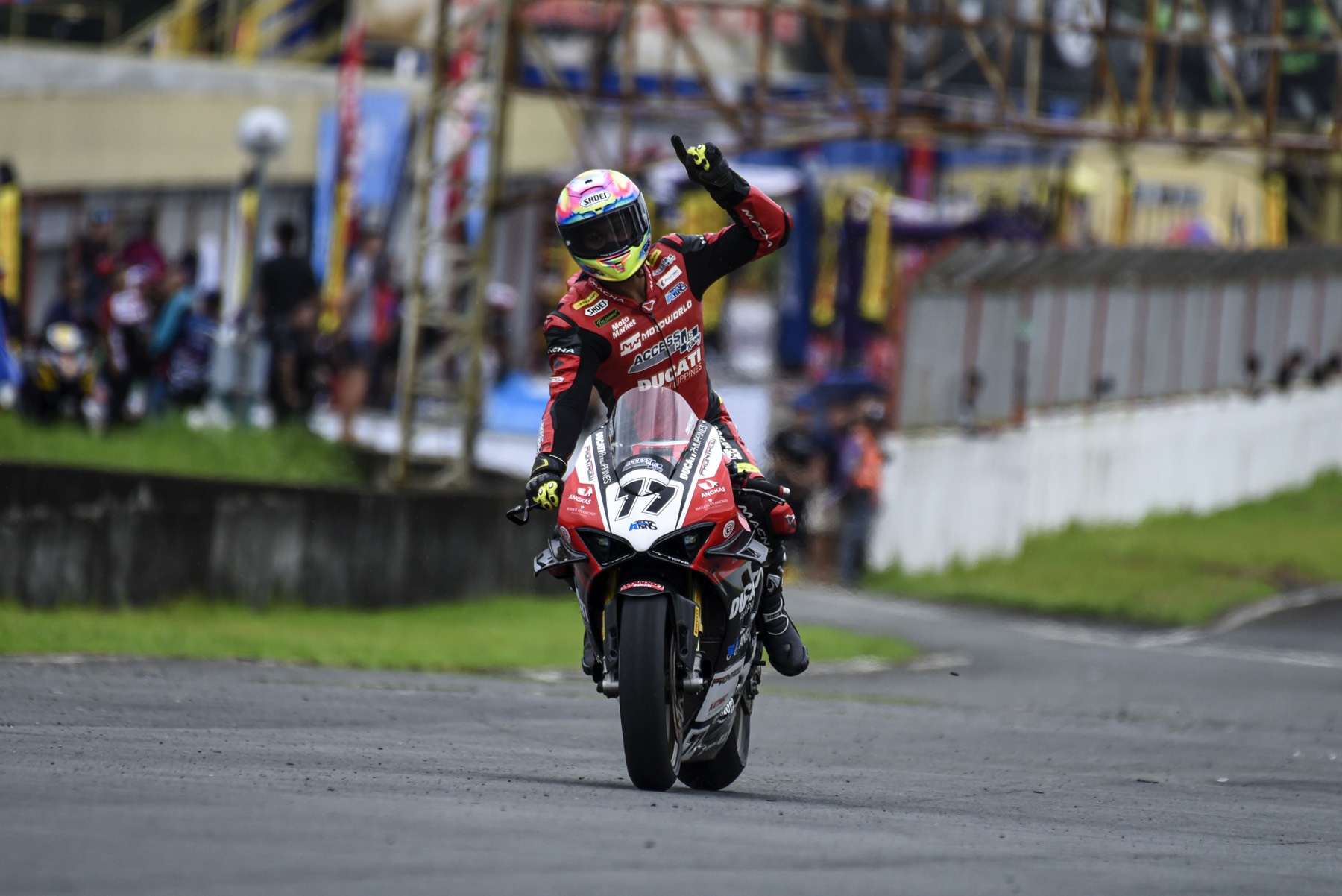 Defending PSBK Champion TJ Alberto leads the 2022 standings after a successful third round of this year’s series at the Batangas Circuit.

Qualifying on the front row of the grid, the #77 rider was involved in an exciting battle for the win in both races. Narrowly missing out in the opening encounter where he finished second, TJ was involved three rider fight for the top spot in Race 2, crossing the line 0.3s ahead of his nearest rival to take the win. The podium was covered by half a second!

The results mean that Alberto holds a thirteen-point lead in the overall championship standings ahead of the next round which takes place at Clark International Speedway over the weekend of September 2-4.

“Friday practice was held in completely wet conditions meaning only a few laps. It’s rainy season in the Philippines and so I knew we would be in for a damp weekend. We showed we had pace in the wet and when we did get some dry laps, we were also competitive. I had a big crash in the last session on Friday and I snapped the bike in half which was not something that helped my confidence. The crew was able to rebuild the bike overnight, but I just wanted to make sure that I kept the bike in one piece. I elected to miss some of the half wet / half dry sessions as there was a lot of risk. In the end I qualified third. On Sunday morning, in the warm up, I had another crash before I was able to set a lap. Race 1 started ninety minutes after the warm-up, and I was frustrated at my mistake and the additional work I had given the team. I was nervous before Race 1 after having two crashes. It was dry and I was quite careful at the start. I was running third but with two laps to go the rain came but even with my slick tyres I felt confident, and I was able to finish P2. Race 2 was declared wet, but everyone ran on slicks. It was also shortened to seven laps. I made a good start and decided to wait and see how the race panned out. I was sitting third and I knew that with the two riders ahead of me fighting hard I would surely be able to find a way through. Both riders went wide, and I took my chance to win. It was really sketchy towards the end with drizzle but to get the win after the weekend we had was amazing, we have doubled our points lead and I am looking forward to the next race which should suit us.”