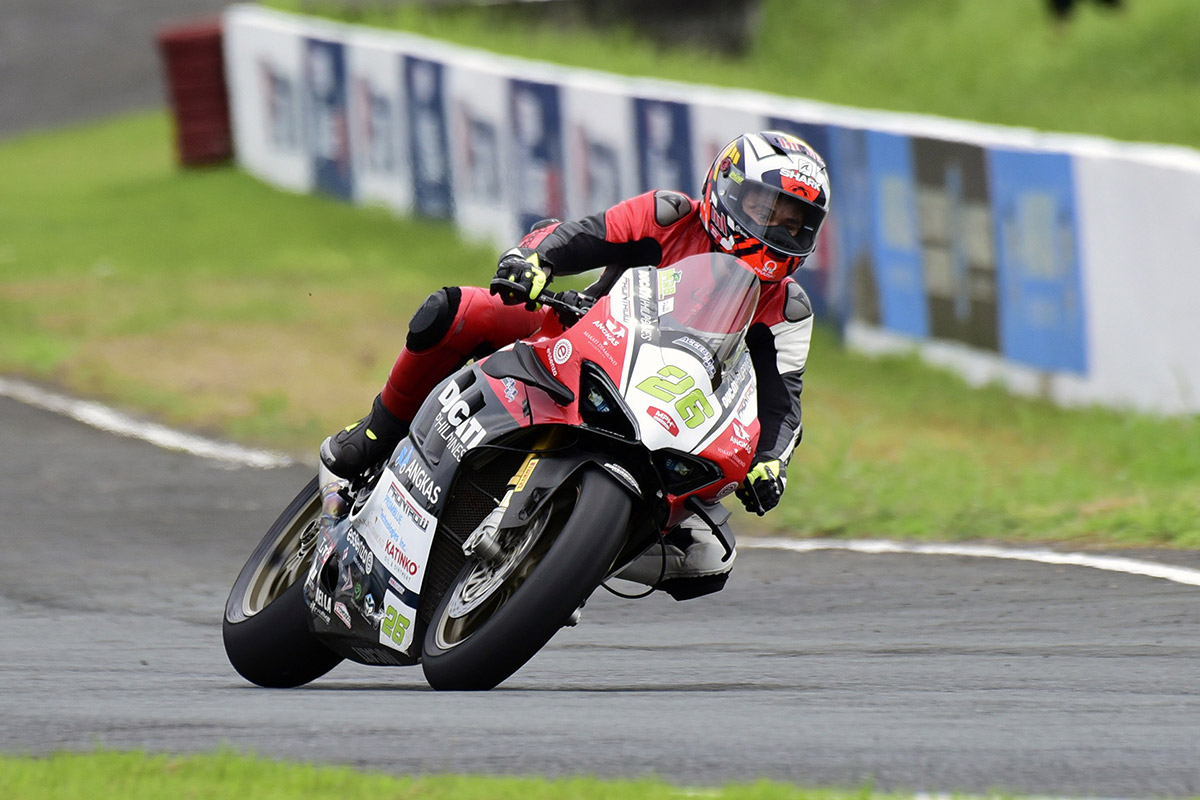 After an eventful Round 2 last month, Access Plus Racing is coming back stronger to the Batangas Racing Circuit (BRC) to assert their position as a team to beat in the Philippine Superbike Championship (PSBK). Adding to that challenge is the threat of rain, which will make the the races more interesting for Timothy Joseph “TJ” Alberto and Lawrence Macalinao over the weekend.

Both riders had mixed results during the series’ last visit to the 3.700 km track. Alberto scored the team’s first win of the day in Race 1, but suffered a frightening tire failure in Race 2. Luckily he managed to stay control of his #77 Ducati Panigale V4 and fight back to 2nd. Macalinao, on the other hand, had a great tussle to win Race 1 by a slim 0.028 secs margin across the line. However, like his teammate, he too struck trouble and stalled at the start of Race 2. But his determination would allow him to catch up despite dropping down to last to finish 2nd in class.

Round 3 of the 2022 championship will only be the PSBK’s second event at BRC in 2 years. Admittedly, even a team as experienced as Access Plus Racing needs more than a single weekend to master the circuit. That’s why they’ve tested extensively leading up to the race to further hone both bike and rider.

Qualifying is again scheduled on Saturday (August 6) with Races 1 and 2 taking place on Sunday (August 7). But the weather will be hard to predict over the next few days. The rain has already been on-and-off on Friday and it’s going to be hard to predict whether the races will be wet or dry. Nevertheless, the team is well-prepared for whatever the weather throws at them and is confident that they’ll be at the front of the back rain or shine.

TJ Alberto, #77:
“I’m looking forward to the second race in BRC. So far we’ve been doing well in testing both in the wet and dry and I’m confident that we can be competitive regardless of the weather conditions. It feels good to be back on the Ducati Panigale V4 and we tested some new things over leading up to the race weekend. The changeable weather conditions will make the races interesting, but we come prepared.”