Broken collarbone for TJ in Buriram, will return in Malaysia 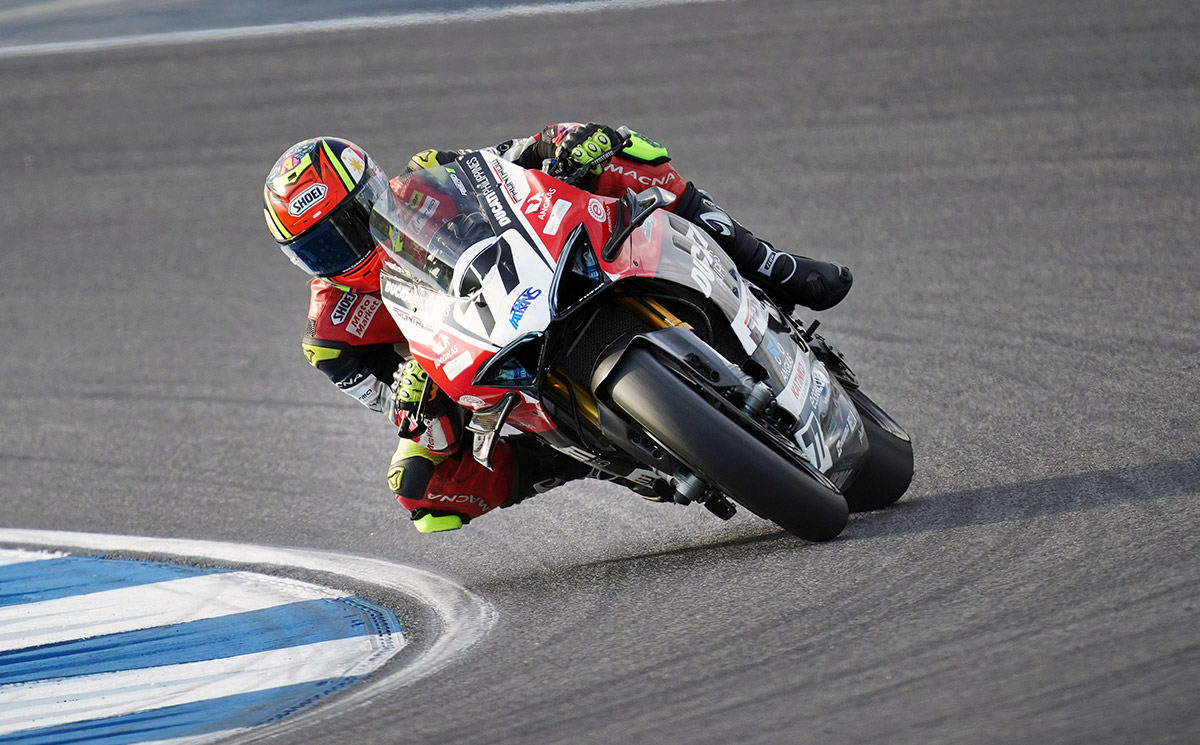 TJ Alberto leaves the opening round of the 2022 FIM Asia Road Racing Championship empty handed after an opening lap crash curtailed any hopes, he had of finishing the first race of the season with points.

After a strong start to the weekend at the Chang International Circuit in Buriram, Thailand, TJ qualified on the fourth row of the grid, but close to the top six in terms of overall lap time and pace. Sadly, a lap one crash in the opening race on Saturday resulted in TJ sustaining a broken collar bone. He remains in good spirits and is already counting down to the second round of the series at the Sepang International Circuit in Malaysia at the end of May.

TJ Alberto:
“Unfortunately after a crash on the opening lap of the first race my weekend in Buriram was over. After the hard impact after I tangled with another rider left me with a broken collar bone. I tried to avoid the incident but that’s racing sometimes. We made some strides in developing the bike and we were really looking forward to seeing how it translated on the track when the lights went out. It’s not the way I wanted to start the year, but we will be back strong in Sepang and ready to fight for the front positions. I want to thank all of the Access Plus Racing team for their efforts this weekend.”