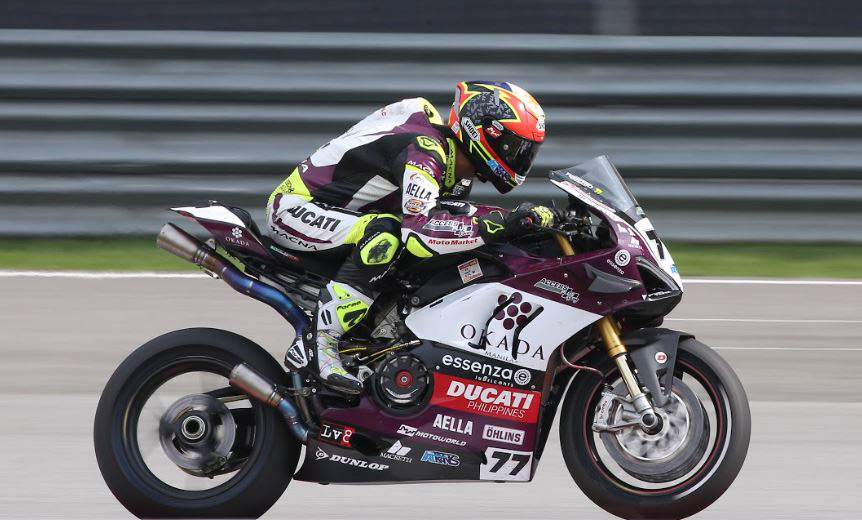 TJ Alberto’s start to the 2020 ASB1000 season was a challenging one, the #77 rider crashing out of the opening encounter at the Sepang International Circuit in Malaysia on Saturday before salvaging an eleventh-place finish in the weekend’s second race on Sunday.

The Access Plus Racing Okada Team rider had been making great progress throughout testing at the circuit and during the official Free Practice sessions before rain meant a wet race one and tricky conditions for all.

Running competently within the top ten, TJ high-sided out of contention as the twelve-lap race entered the second half. He was able to once again show pace in Sunday’s second twelve lap race, collecting five valuable championship points for his efforts after remounting after another tip off.

Round Two of the Asia Road Race Championship takes place at The Bend Motorsports Park in Australia in early May.

TJ Alberto:
“I qualified tenth after another improvement on track and wasn’t too far from the other riders so was pretty confident of a good result in race one. Sadly, for me, my race ended a few laps early. I was having a good ride, up to eighth but then with five laps to go I crashed out. It was disappointing but we showed that the potential is there. Race 2 also didn’t go to plan as I crashed again but was classified eleventh so was able to score some points. It’s really frustrating but we do now know what caused both spills. I was looking good for a top eight, but a mechanical issue prevented what could and should have been two good results. Anyway, we worked well as a team all weekend and we will keep our head down and move on to Australia where I am confident, we can kick start our season proper.”