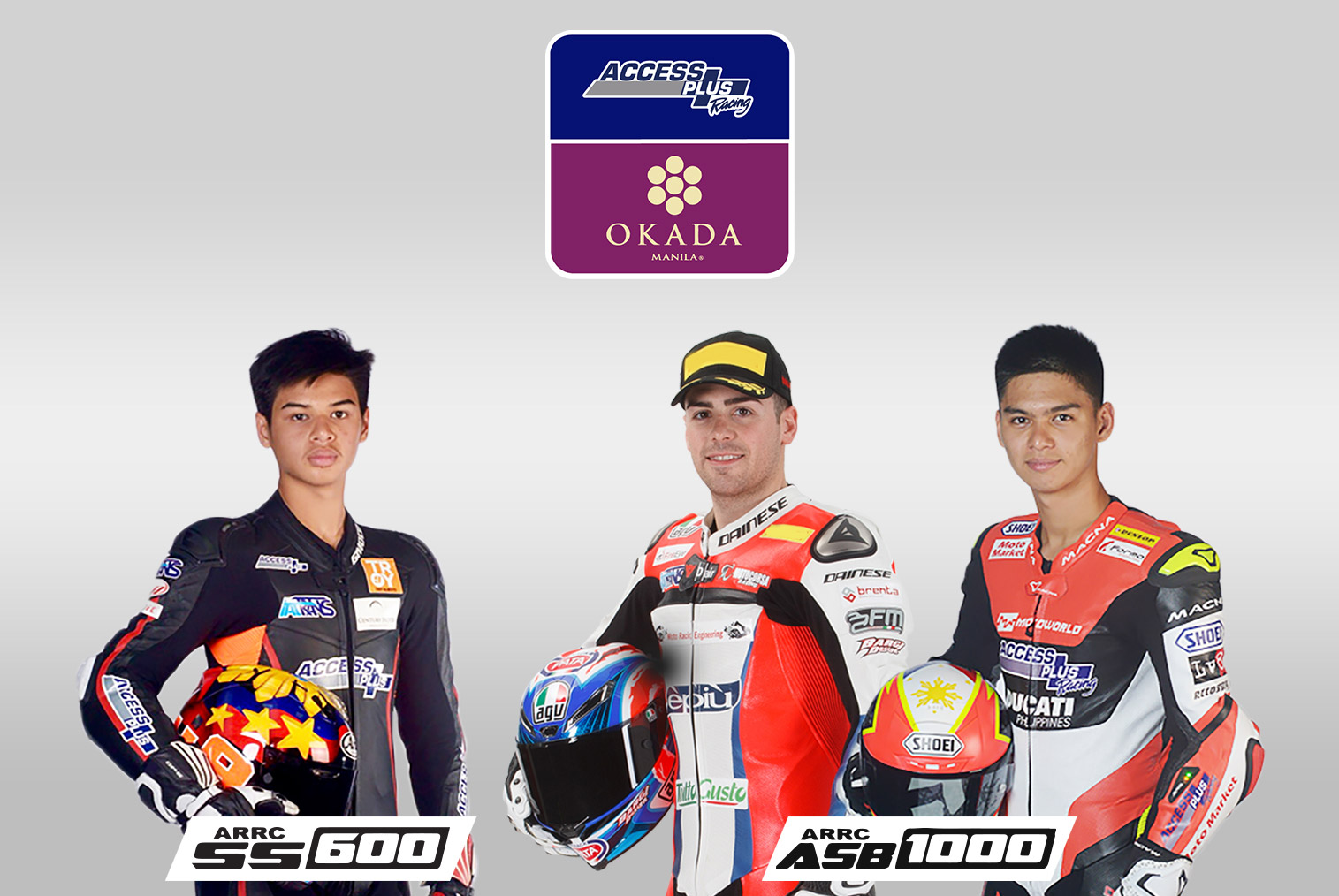 Coming on the back of a successful debut season, Access Plus Racing confirms its return to the Asia Road Racing Championship (ARRC) this 2020 with an expanded lineup that now includes entries in both ASB1000 and SS600. The Philippine-based team also welcomes Okada Manila, which was recently awarded the Forbes Travel Guide five star rating, as its new partner and will be running as Access Plus Racing-Okada Manila for the upcoming season.

The team will again enter two Panigale V4Rs from Ducati Philippines in the ARRC’s top category – the Asia Super Bike 1000 (ASB1000). Headlining their lineup is two-time Philippine Superbike Novice and Intermediate Class Champion TJ Alberto. The 22-year-old is a seasoned rider with racing experience in the Italian Superbike Championship and World SBK Superstock 1000. As the lone Filipino on the ASB1000 grid, he competed in all seven ARRC rounds last year and consistently finished in the points with a best 6th place finish during the season.

He will then be reunited with Federico Sandi who now comes back as a full-time entry in 2020. The Italian rider brought with him a wealth of experience during his two wildcard appearances last year, helping the team close the gap to the front runners. He also asserted the Panigale V4R as a strong title contender with his impressive performances at Sepang and Buriram where he fought for outright race wins.

New for 2020 is the addition of a SuperSports 600 (SS600) entry with Troy Alberto onboard a Honda CBR600RR from Honda Philippines Inc. Like his older brother TJ, Troy is also a two-time Philippine Superbike Class Champion. And despite his young age at only 18 years old, he has raced in the FIM CEV European Talent Cup, Idemitsu Asia Talent Cup, and most recently at the Honda Thailand Talent Cup where he finished on the podium on four occasions.

Carved on 44 hectares of picturesque oceanfront, Okada Manila is a luxurious integrated casino resort and hotel complex located on the Entertainment City gaming strip in Parañaque City, Metro Manila, Philippines. Its partnership with Access Plus Racing will see Okada Manila’s branding and purple livery featured on the team’s ASB1000 and SS600 motorbikes, as well as all three riders’ suits throughout the ARRC’s 2020 season.

The Asia Road Racing Championship’s upcoming race calendar consists of seven rounds with two races per event. Its curtain raiser will take place at the Sepang International Circuit in Malaysia this March, followed by races in Australia, Japan, China, and conclude in Thailand in November.

Toti Alberto, Team Principal:
“We’re thrilled to be back in the ARRC after a learning season last year. The whole team is looking forward to racing again with TJ and Federico in ASB1000 with the addition of Troy in SS600. We’d also like to welcome Okada Manila as our new partner for the upcoming season and race together under Access Plus Racing-Okada Manila.”