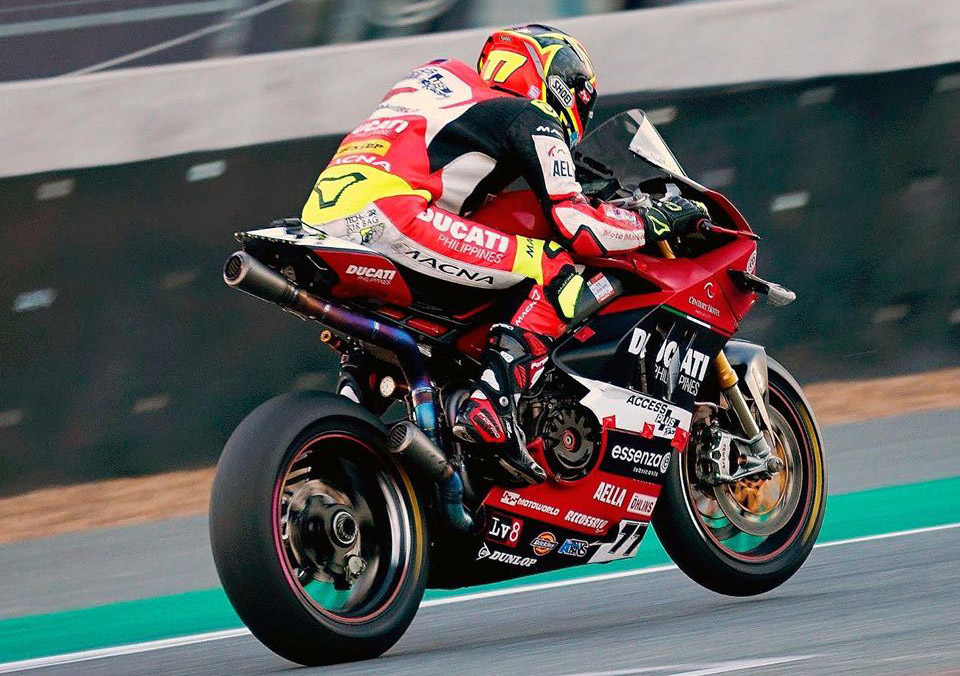 TJ Alberto has ended his debut season of Asia Road Racing in a more than respectable tenth position overall, with the added accolade of being the top Ducati rider in the series, after a double top ten finish in the final round of the year at the Chang International Circuit in Thailand.

Qualifying eleventh, TJ finished the opening thirteen lap encounter at the 4.5km circuit in ninth, after a race long duel for eighth, before a stunning recovery ride in race two (after stalling on the line), saw the Access Plus Racing Ducati Philippines Essenza rider finish tenth.

It has been an encouraging, if difficult at times season for the #77 rider who had to contend with many new circuits but after rounding out the year eleventh overall in the final standings with sixty-nine points and six top ten finishes, including a season’s best of sixth at Sepang back in March, TJ enters the winter break content and motivated for 2020 which should see him continue in the ARRC ASB1000 Championship once again!

TJ Alberto:
“Qualifying was ok. I started eleventh and finished ninth, but we were really struggling with set-up. The plan was to try some things before the final race of the year and to end on a high in what has been a new challenge for me and the team. Race Two was pretty uneventful after I stalled on the line and then spent the whole race playing catch up. I made it into the top ten and was able to improve our overall lap time which I am pleased about. I am really looking forward to 2020 where I hope to continue with the team in the same championship where we should make a big step after learning so much in 2019! I want to finish by saying a big thank you to everyone who supports me and the team. We have grown from a small national team to a respected team in the Asia Championship and for this we can all be proud. See you on track next year.”