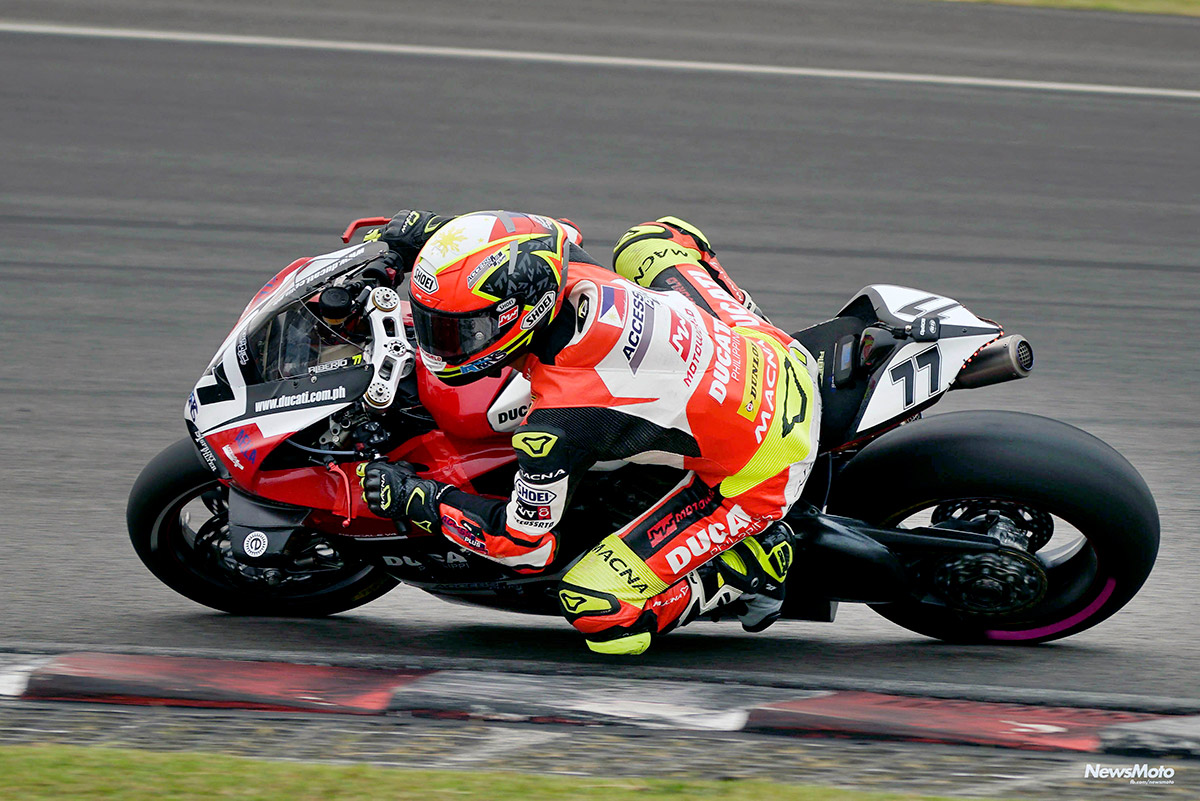 TJ Alberto recovered from a Race 1 spill in Sepang to finish a credible eleventh in the second race of the weekend, despite another front-end crash on the final lap.

The season for TJ and the Access Plus Racing DUCATI Philippines Essenza Team has been one of fast progression, the Ducati V4 Panigale competing in the Asia Road Racing Championship a completely new project.

Today’s tenth points scoring finish underline what an encouraging year it has been for the #77 rider who is well and truly in the fight for the top ten of the overall ASB1000 standings with one round, in Thailand remaining.

TJ Alberto:
“Overall the weekend in Sepang was pretty solid. I qualified ninth, quite close to the front, only 1.7 seconds from Pole which was the closest we have been and impressive when you consider just how long the circuit at Sepang is. Unfortunately, in the opening race I crashed out on the first lap. In Race 2 I had a much better showing. I was in the front group for quite a while before dropping back a bit into the second group, fighting for ninth. I lost the front again on the final lap but luckily was able to pick up the bike, remount and finish eleventh. The positive thing is that I feel we have the pace to run closer to the front and we can look forward to the final round in Thailand. As ever a massive thanks to the whole team.”

TJ on Twitter
RT @SofaRacer: “If you don’t manage your tyre, you’re gonna be fucked for sure at the end”That’s the kind of no-nonsense technical analysis you want.
3
Tj Alberto @tj7alberto 17 days ago
TJ on Facebook
TJALBERTO.COM