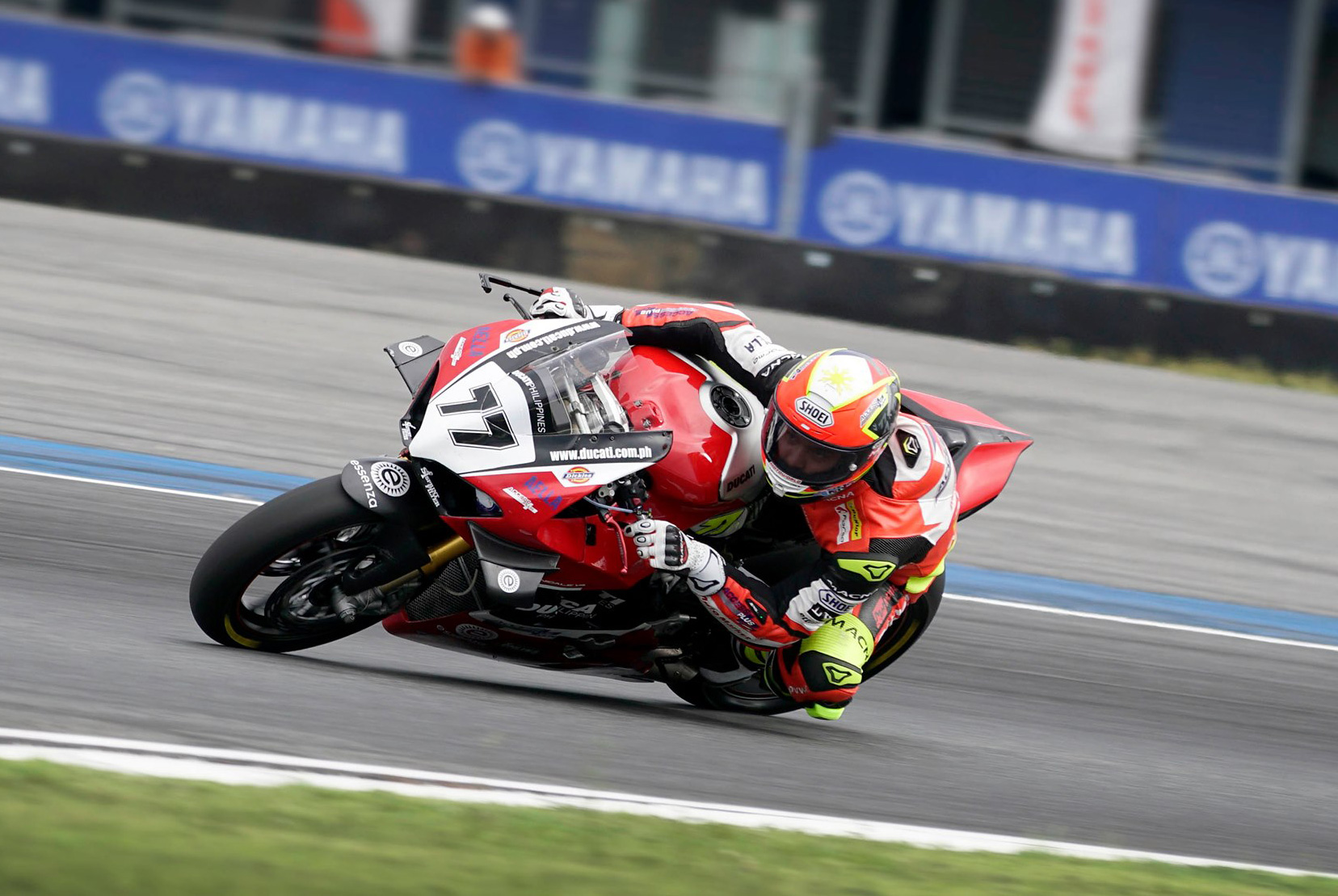 TJ Alberto added a brace of tenth place finishes in the latest round of the Asia Road Racing (ASB1000) Championship, held at the Chang International Circuit, Buriram, Thailand.

The circuit, which was first used internationally for World Superbike, now hosts MotoGP as well as TJ’s series and saw TJ and the Access Plus Racing Ducati Philippines squad slash the gap to the front in fine style.

Progressing competently throughout Free Practice, Alberto looked at home in Buriram from the opening session. Mixing it at the sharp end throughout the weekend, he eventually qualified tenth. A ninth position in Race One and a tenth in Race Two ensured TJ added a decent points haul to his season’s tally and he looks forward to the next race in Japan with a renewed confidence.

The results move TJ back into the top ten in the overall standings!

TJ Alberto:
“I was quite happy with qualifying. I was just over two seconds from Pole and secured tenth on the grid. In race one I was able to stay with some of the other riders. I got a slight chattering problem around half race distance, but I was able to overcome it and finish ninth. It was good to see that we continue to make small improvements and are closing the gap to the front. Race two I finished tenth but for me it was one of the best weekends overall. We are new to the championship and the circuits and I am learning all of the time. The overall gap to the winner in comparison to other races was more than half which is a big step for us, and we are now within twenty seconds at the end of the race to the podium! We will continue to fight and work hard to be ready for another new track for me and an iconic one, Suzuka in Japan. I can’t wait to take on one of the most legendary tracks on our calendar.”