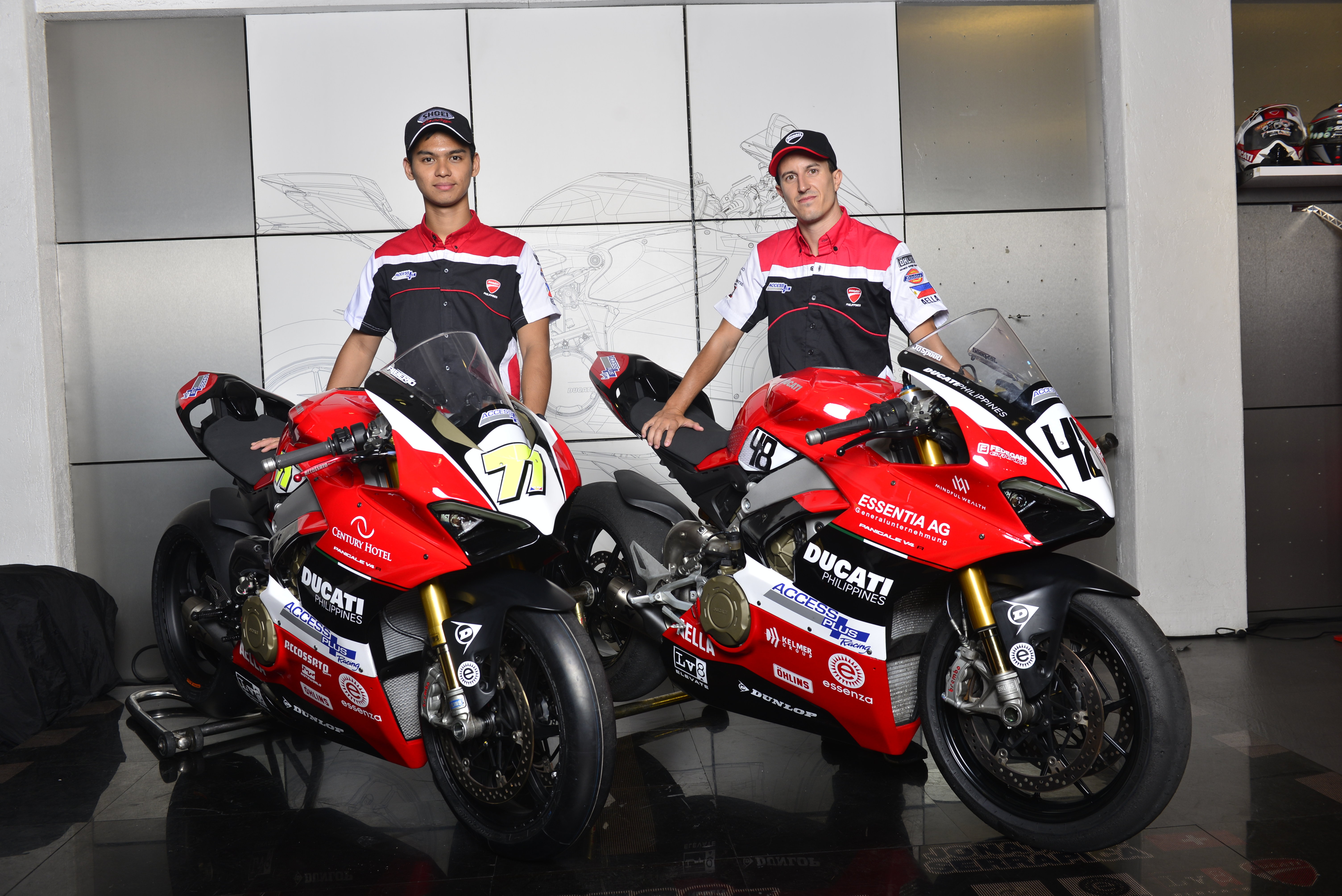 Following two successful seasons honing his skills in Europe in the CIV Superbike and European FIM Superstock Championship, TJ Alberto turns his attention to racing on the tracks of Asia in 2019 in the new look Asia Road Racing 1000cc series (ASB1000).

Riding an all new Ducati Panigale V4 for the newly formed “Access Plus Racing Ducati Philippines Essenza” squad which was officially unveiled just a few days ago, TJ hopes to show his natural ability and further his on-track career, which has seen numerous National racing titles to date.

Whilst his sights are firmly set on the ASB1000 title, TJ will return to the World Superbike paddock in a fortnight where he will make his WorldSSP debut as a replacement for the injured Rob Hartog at the Chang International Circuit in Thailand.

Ahead of his first competitive outings of 2019 you are invited to follow TJ on his social media channels and to check out his new website. Links to all are embedded within this release.

TJ Alberto:
“I’m really looking forward to the year ahead. It’s my first in the Asia Road Racing Championship and my first racing on Asian tracks which is funny really when you think about it. I am coming into 2019 confident after two great seasons racing in Europe where I really learned a lot compared to the level of my National championship in the Philippines. I feel I have stepped up my game, both in terms of riding and skill. We finished our first test in December, a Dunlop tyre test and I finished second against many riders from the World Superbike paddock which is encouraging. During the test I rode the standard Panigale V4, not the full race-spec bike that we saw dominate the opening round of WorldSBK in Australia in the hands of Alvaro Bautista. I am really looking forward to the final tests on March 5th where I get to finally try the version I will race. The team this year will be known as the Access Plus Racing Ducati Philippines Essenza, and is a team put together by my father. It’s a good way to enter the ASB1000 and is a team that has brought me great successes already. It’s a new venture for us to race together in the Asia Road Racing Championship but we are ready to get started. I will travel from the ASB1000 official test to Buriram to make my World Supersport debut replacing Rob Hartog. I want to say thanks to his team for giving me the opportunity and also wish Rob a speedy recovery. I will be more visible on social media this year and hope you all enjoy the season as much as I know I will.”